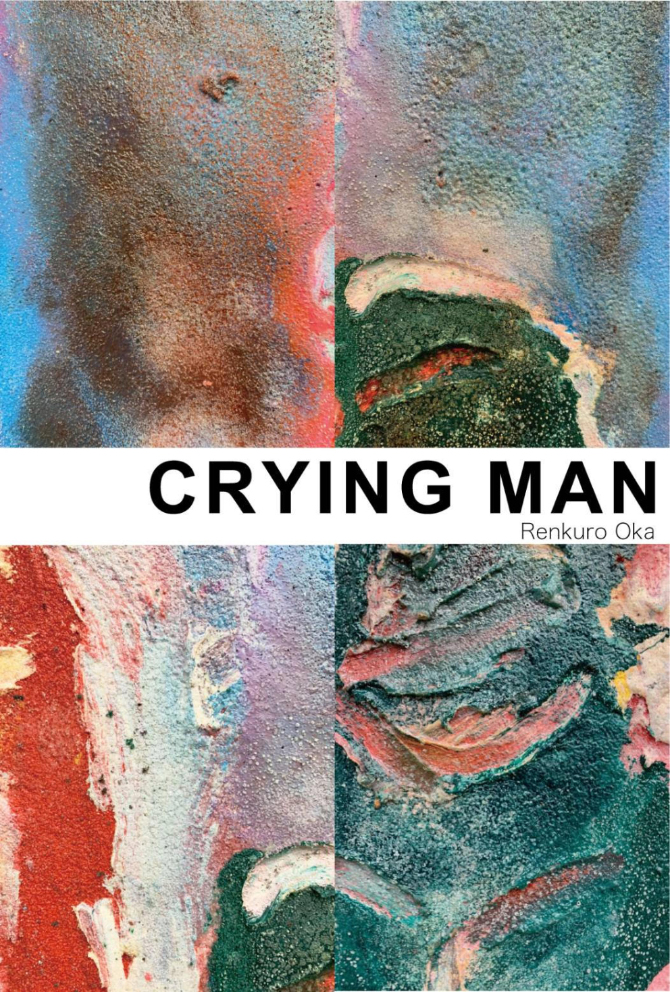 teardrop
Pierre-Auguste Renoir (1841-1919) knew that the soul was in the eyes. His work conquers the
public until today due to the strength with which he faces it. As if the painter opened the
human soul wide, making human desires unreadable. Although owner of aesthetically refined
compositions, Renoir would declare around 1883 that he was exhausted as an artist, and had
concluded that he did not know how to paint or draw.
It is precisely about the way of looking that Renkuro Oka’s work happens. Through his weeping
men, it is again the eyes that now reveal even more mysteries. Renkuro is from a young
generation that is interested in the practice of painting as a process. Hence the attachment to
ancestral forms and symbologies.
Here, these paintings gain salt and fire as maximum poetics of a work in constant
transmutation. So it is with the looks of their characters, now filled with tears, now in tears,
they reveal the pain of a time of uncertainty. Indefinite is to draw the lines and therefore the
issues between gender, race, appear confused, implicit in the action of crying. The tension in
these pictures is like contending margins, however uncertain, in the face of a strong current of
intolerance, separation and prejudice.
Oka’s crying men represent a change of perspective on the human condition and its diversity,
which is so prevalent today and also so attacked and violated. It is through a multiple look at
the bodies that the artist seeks his art. Through what is on the threshold of human emotion
and therefore becomes unclassifiable, unspeakable, nameless.
Having as a primary reference the universe of consumption that surrounds him and above all
from a society marked by the need for characterization, definition and specialization, Renkuro
seeks an opposite path there. It establishes an anti-academic, almost anarchic approach in
which the relationship with work ends in itself and is not concerned with results alone.
Experimental and at times radical, the artist assumes the same thought that one learns only by
doing and that in the face of the unknown of creation there are very few certainties.
During the realization of these works, Renkuro had contact with the work of the writer Judith
Butler who defined the guidelines about gender theory today. The contact with his thoughts
was fundamental for the security with which the artist presents his characters to us. Although
apparently fragile, their figures show a sensitivity and concern for the human situation on a
global scale. These weeping men are in no way victimized or wronged because Oka’s painting
gives them a dignified treatment that allows us to find their vulnerability strange because they
are hyperconscious and at the same time empowered with delicate beauty and persuasion.

Thus his series of crying men puts us face to face with a transgender, cross-border and
democratic world that allows us to cry, sometimes for the purest and simplest condition to
coexist as a popular Brazilian song by the transgressive 80’s Rock band, TITAS so speaks; Pain
will heal these tears / Whey tastes like tears / Flowers smell like death / Pain will close these
cuts / Flowers / Flowers / Plastic flowers don’t die.